This Clown Cake is super funny and a perfect cake for a Purim meal, birthday party, or any other occasion!

Check out the step by step video tutorial here: https://youtu.be/MO62I-npL54 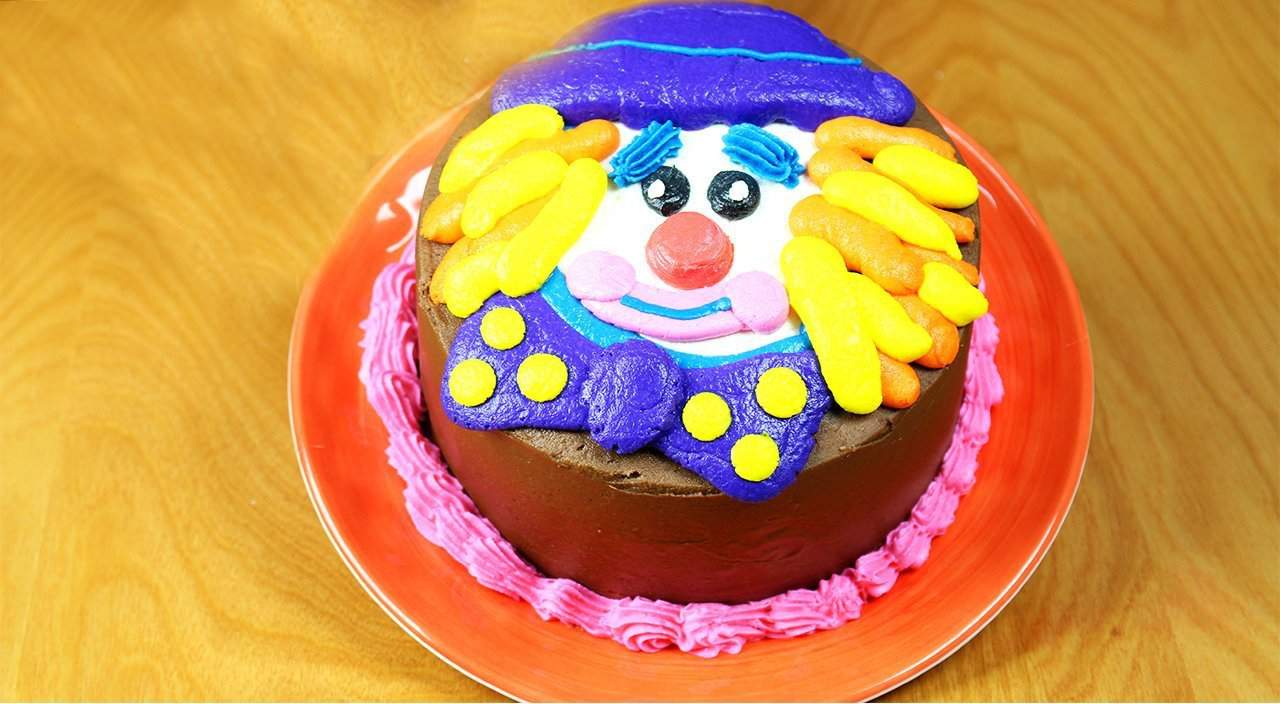 Begin making the Clown Cake by leveling both cakes. I divided one cake into three, and one cake in half. You can determine how many layers to cut, based on the height of your cake.
Spread a bit of buttercream onto a cake board and place the first layer of cake onto it.
Spread the first layer orange of buttercream onto the board; only use half.
Then, place the second layer of cake on top and top with pink buttercream; use all of it!
Continue with layering on the rest of the cake and cream, ending with a second layer of orange cream and then the last layer of cake.
Place in the fridge for 30 minutes to set.
Fold ½ cup melted and cooled chocolate chips into the 1 ¼ cups of white buttercream. Add about 1 teaspoon of heavy cream to loosen the buttercream.
Crumb coat the sides of the cake in a thin layer using abut half of the chocolate buttercream. Refrigerate for 30 minutes.
Remove the cake from the fridge and ice with the remaining chocolate buttercream using an offset spatula and dough scraper.
Return the cake to the fridge for another 30 minutes before decorating.

Other Ingredients and Tools needed to Decorate this cake:

Refer to the video for decorating instructions.

« Cookie Monster Cake
How to Measure Half an Egg »

Hi, I'm Dalya. I can't wait to teach all gluten free foodies how to cook intuitively without a recipe, on a whim!